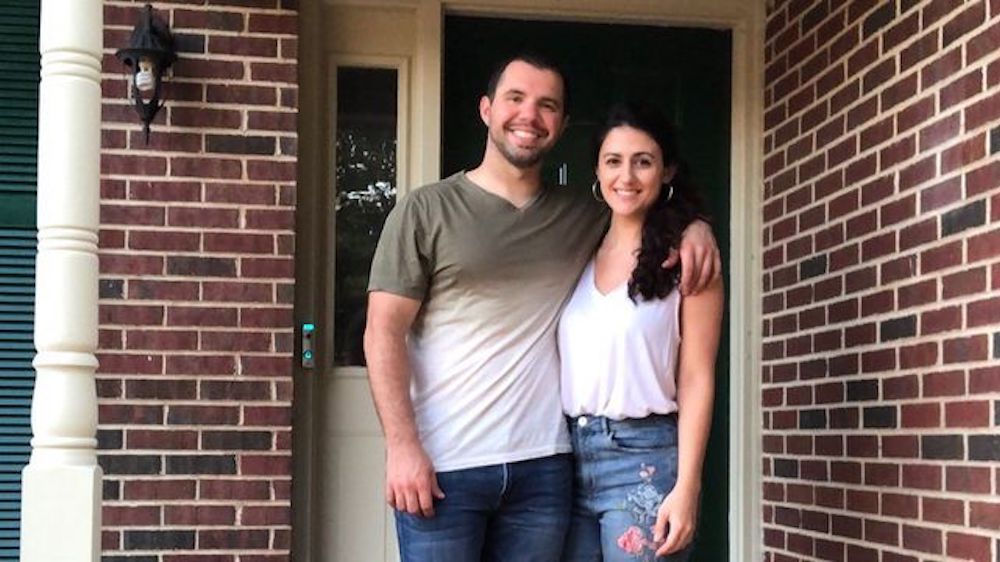 First-time home buyers today face a tough road, shopping for homes during a pandemic, high housing prices, and deep economic uncertainty. For military families deployed overseas, it’s all even trickier to figure out.

In this second story in our new series “First-Time Home Buyer Confessions,” we talked with husband and wife Kyle LaVallee and Natalie Johnson. They were renting an apartment in Fayetteville, NC, when they decided to start shopping for their own home in the area in April.

At the time, LaVallee was stationed in the Middle East as a sergeant in the U.S. Army. Yet even though he was thousands of miles away, he managed to attend every home tour with Johnson via FaceTime. In July, they closed on a brick, ranch-style three-bedroom that LaVallee would not see in person until a long-awaited trip home in October.

Here’s the couple’s home-buying story, the hardest challenges they faced, and what LaVallee thought of his new house once he home managed to lay eyes on it for the first time. 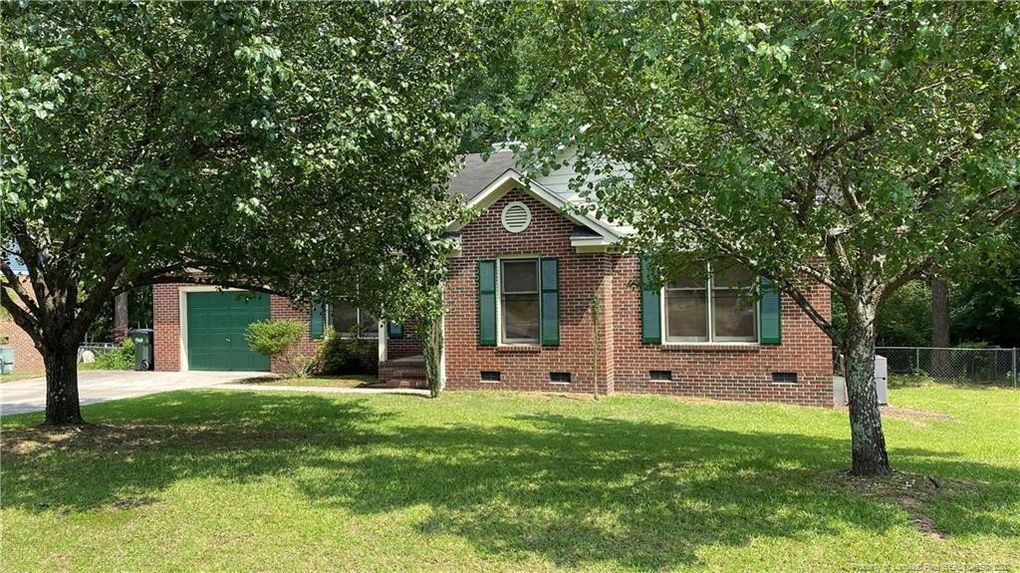 A pandemic plus deployment seems like a tough time to buy your first house. What convinced you to forge ahead?

Johnson: Kyle was deployed in October 2019 while we were renting a one-bedroom apartment in Fayetteville. Kyle wasnât fond of renewing the apartment leaseâwe had been there for two years and were running out of space. We wanted to get a dog; we wanted a yard, and our own property where we can do anything we wanted.

We started educating ourselves on the process. We knew a mortgage was going to be significantly less than what we were paying in rent. Kyle thought it would be smart to buy because [nearby] Fort Bragg is one of the biggest military bases in the world. If we ever leave or get stationed somewhere else, weâre not going to have a problem finding anyone to rent it. And we could always come back.

LaVallee:Â I was interested in gaining equity and ownership, rather than just paying to rent something I’d never own in the end.

Johnson:Â We started looking at houses back in January. In April, we kept seeing information about lowering interest rates. Thatâs why we got serious about the process in the middle of the pandemic, and when we connected with our real estate agent, Justin Kirk with Century 21.

How much did you put down on the houseâand how’d you save for it?

LaVallee: I was making a lot of money while I was deployed, and I had no expenses really. I was just saving everything I had, knowing I wanted to invest it in a house.

Johnson: I cut spending. I didnât buy things I wanted, just what I needed. The pandemic helped a lot, honestly because we obviously couldnât go out.

LaVallee:Â We qualified for a VA loan, but we just wound up using a conventional loan. Most people in the military will use a VA loan where you donât put any money down, but [since we had enough saved] we wanted the lowest monthly mortgage payments.

What were you looking for in a house?

LaVallee:Â We knew we might [eventually] be moving, so it wasnât like it had to be a house we would stay in forever, more of an investment property.

Johnson: We were looking for things that would be attractive to future renters. We had a military family in mind because Fayetteville’s got more than 50,000 active-duty. We looked for a location close to a Fort Bragg entrance. We thought three bedrooms was perfect for us because our families are close with each other, so theyâll all come down at the same time so weâll have two extra bedrooms for them. Kyle really wanted a garage, so that was a huge thing.

LaVallee: Garages arenât very common down here, so that limited a lot of options for us. A lot of houses have carports, or they finish the garage and turn it into a bonus room.

Johnson: We wanted something that needed a bit of fixing up, because we like to be handy and put our personal touch on everything, and we ultimately knew that would be a lower-cost house.

How many homes did you see in person, and how did Kyle participate from overseas?

Johnson:Â It was 10 or 12 homes. We were out three to four times a week looking at places with our real estate agent. We wore our masks for the tours, and I used hand sanitizer since I was opening and closing drawers and closets. Most were vacant, but we did tour one house that still had people living in it, although they were gone during the tour, so we avoided touching a lot of things.

During tours we FaceTimed Kyle in. We figured that was probably the most convenient way to do it since he could see every single house and room in detail.

LaVallee:Â Well, I couldnât really see all the details.

Johnson: He got to know our real estate agent really well via FaceTime. Our agent would say, “Let me know if you need me to hold Kyle while you go look in this room.” I felt so bad, though, because I work full time, so I’d tour homes around 5:30 in the evening, which for Kyle was 2:30 in the morning. But he stayed up for every single tour.

LaVallee:Â I was sometimes frustrated not being able to be there. I left it all up to her. I had to trust the feelings and vibes she got from each house.

How many offers did you make before you had one accepted?

LaVallee:Â They would be listed and the next day would be sold. The first three offers we put in were asking price, and Iâm pretty sure everybody else offered more, and ours were never even considered.

Johnson:Â It was ridiculous. It was definitely a sellerâs market, so you had to act really fast and you had to be really competitive. On our fourth offer, we ended up at $3,100 over asking. I felt like we had to fight for this house.

Were you competing with other offers for the house you bought?

LaVallee:Â There were multiple offers.

Johnson: Our real estate agent told us, “You should definitely write a letter and talk about how Kyleâs gone right now and youâre first-time home buyers and this one really clicked with you,â which it did. The second I walked in, itâs this adorable brick house, itâs super homey, it has a great yard. In the letter, we just talked about how all of that was so attractive to us as first-time home buyers, and we were really excited and could see ourselves in this home.

Our real estate agent suggested going in higher than asking, so we just rounded up to $115,000. He also suggested doing a higher due diligence paymentâwe usually did $200, but this time around we did $500. And the earnest fee we put in was $500 or $600.

After our offer was accepted, we knew it was going to be kind of difficult with the home inspection. They were already redoing the roof, which was a huge cost on their part, so asking for more was definitely going to be a challenge. So we didnât ask for much.

What surprised you about the home-buying process?

Johnson:Â How fast it went, for me at least. Our first home tour was in April and then by June, we had found our house and the contracts were written up. I guess I was expecting it maybe to be double the time that it actually was, but houses were just turning over so fast, we had to act fast.

LaVallee:Â From my side, I thought it happened very slowly! I felt like so much was happening in between each step in the process. I had to be patient because I had so little control of the situation, other than just trying to stay involved and be a part of it.

Johnson:Â You never really think that when youâre married, youâre going to buy your first house while your husband is on the other side of the world. But we got through it.

So Natalie, you were living in the house for a few months before Kyle returned from deployment in October to see it. What was that homecoming like?

Johnson:Â He came home a few days shy of the 365-day mark. We were anxious and excited. Several other families and I waited outside of a hangar on base, and soon after hearing their plane landing, we saw the group walking toward us and everyone start cheering and crying.

Because it was dark when we got home, Kyle couldnât see the outside of the house much, or the “Welcome Home” decorations I hung up! But the moment he set foot in the front door, he just stood there and looked around with the biggest smile on his face.

I gave him the grand tour the next morning. He said it looked much bigger than what he saw on FaceTime. We celebrated with a home-cooked meal and the wine our agent gave us when we closed. It was really special.

LaVallee:Â I came home to a nice house. Natalie was worried I would come back to culture shock. But Iâve felt at home ever since Iâve been here.

Johnson:Â I would say to go with your gut. Some of the houses youâll tour are really logical to buy, but if they have a bad vibe or theyâre just not really welcoming, then look at others. A healthy balance between logic and feeling is important.

LaVallee:Â We didn’t even know what we wanted until we saw five or six houses, so itâs definitely important to shop around and see what’s out there.

Johnson: We really didnât know much. I told our real estate agent, “Hey, listen, weâre really going to need some guidance. We donât know what things mean, we need you to break it down for us. You have to be patient with us.” I reached out to three different real estate agents, and Justin was the one who not only answered all my questions but was giving a ton of positive feedback. It was nice to have that encouragement, and it definitely made us more confident. You learn a lot by looking at houses, you learn a ton about yourself.

2020 Could Be an Unprofitable Year for Rental Properties. Hereâs How to Handle the Taxes 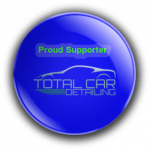 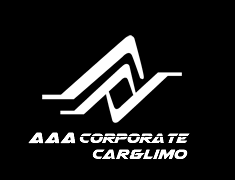